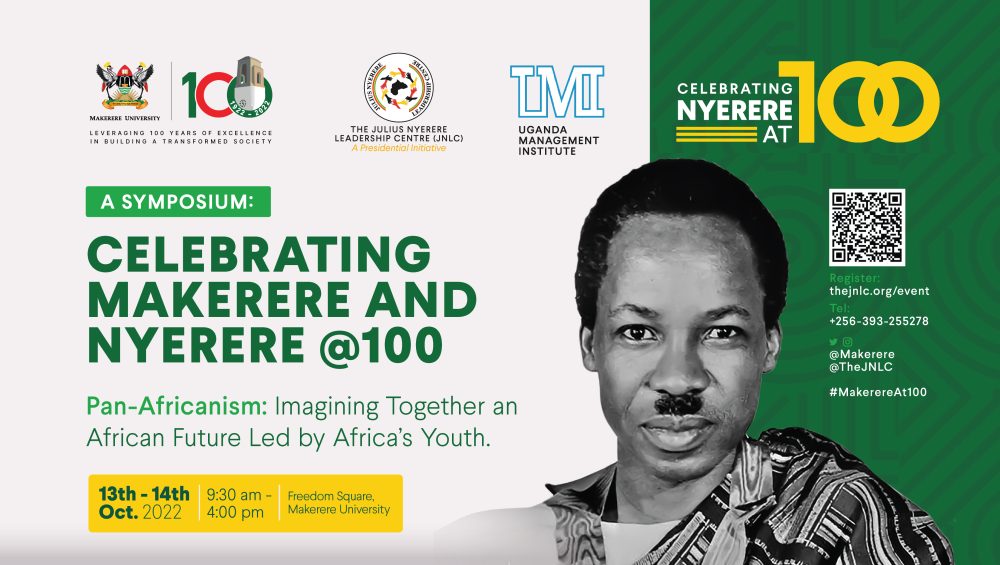 Topic: Imagining Together an African Future Led by Africa's Youth

The Annual Nyerere Public Lecture is centered around celebrating the exceptional life that the late President, Mwalimu Julius Nyerere lived, especially through his public leadership journey, as one of the notable values-based leaders on our continent.

As Makerere Marks 100 years, public discourse in remembrance of Nyerere’s contributions to sharpening education approaches is more than inevitable. Nyerere was an Alumnus of Makerere University who became the first prime minister of the Independent Tanganyika and one of the founders of Post-Colonial Tanzania. He qualified from Makerere University with a certificate in Teacher Education. Nyerere was a giant of the African independence struggle and one of Africa’s most respected politicians.

He was also the Founding member of the Tanganyika African National Union TANU Party which in 1977 became the Chama Cha Mapinduzi party that has been at the helm of transformative leadership in Tanzania for decades. His political struggles did not only end in Tanzania but also impacted neighboring countries like Uganda. This saw him become instrumental in organizing and hosting the Moshi Conference in 1979 to determine Uganda’s future.

In appreciation of his contributions to Africa, on 6th October 2018, President Yoweri Museveni launched the Julius Nyerere Leadership Centre at Makerere University. The Centre is a collaboration between Makerere University and Uganda Management Institute.

The 2022 Julius Nyerere Annual Public Lecture, is jointly organized with the Julius Nyerere Leadership Center, College of Humanities and Social Sciences, Makerere University, and the Embassy of Tanzania.