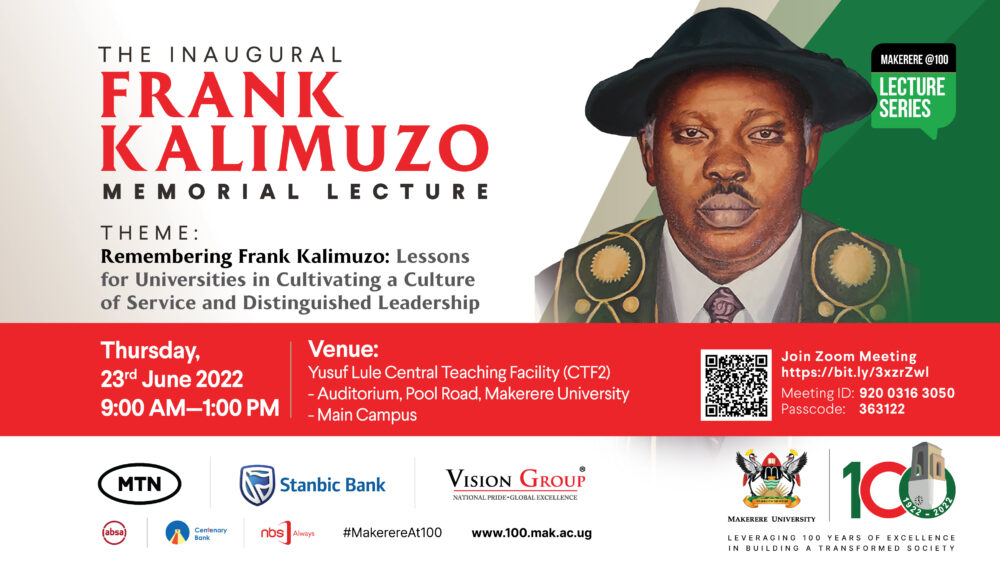 Topic: “Remembering Frank Kalimuzo: Lessons for Universities in Cultivating a Culture of Service and Distinguished Leadership.”

The Annual Frank Kalimuzo Public Lecture pays tribute to the distinctive contribution of the late Frank Kalimuzo as Makerere’s first Vice-Chancellor in 1970.

The late Frank Kalimuzo was appointed on 1st July 1970 by the late President H.E. Apollo Milton Obote as the first Vice Chancellor of the newly formed Makerere University, and one of the two substantive Ugandan heads of the University since the its establishment after the late Yusuf Lule.

Frank Kalimuzo, Makerere’s First Vice-Chancellor who was Picked up by Amin’s soldiers and never seen again.

“Years later, Rt. Hon Kintu Musoke, who was a prisoner at Makindye Barracks at that time, in an interview with […]